While on a recent trip to the Oregon Coast, we stopped by a glass shop. I hadn't planned on taking many pics, but the owner started putting on a demonstration shortly after we arrived. Luckily, I had my Canon A-1 with me, so I quickly loaded it with some HP5+. 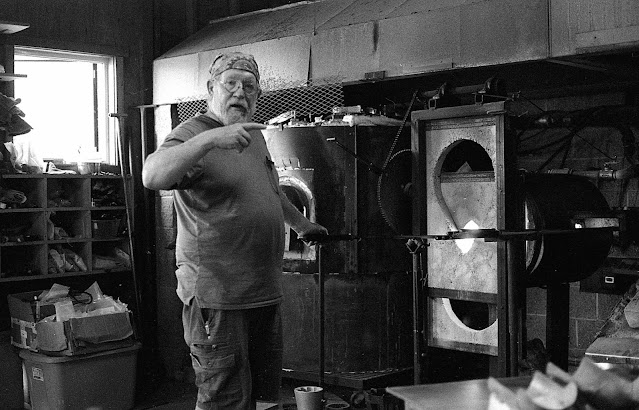 The light inside the building was constant but a little on the iffy side. A curtainless window on the opposite wall would have thrown the internal meter off by quite a lot. Rather than taking the time to get my exposure reading on each frame I just set my shutter speed to 1/125 and aperture on the 50mm f/1.8 to f/2.8.  Afterward, I checked the light levels with the metering app on my phone. Turns out I was at EV 6.  I was effectively shooting at ISO 1600, well within the pushing limits of this film. 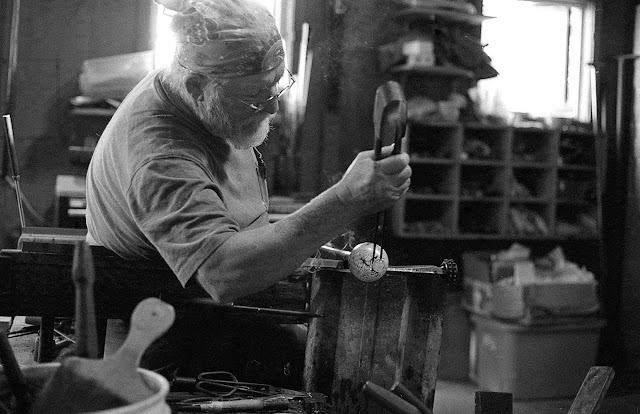 I ran out of film just before he showed his final presentation of the glass ball. But, I was able to fill up the entire roll with some frames without worrying about the metering on each one. Sometimes you just have to shoot first and ask questions later. 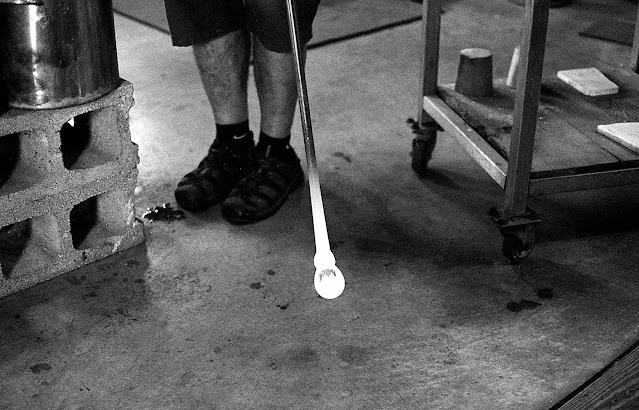 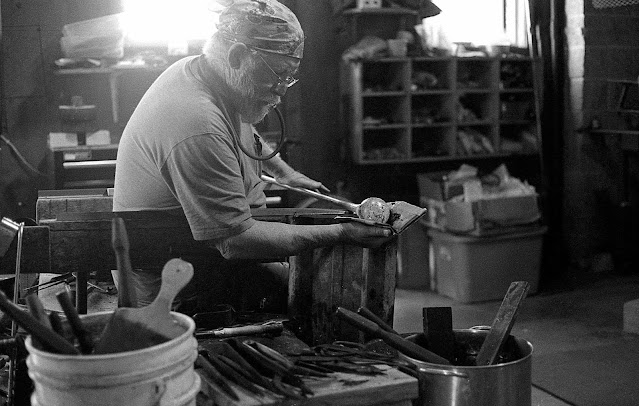 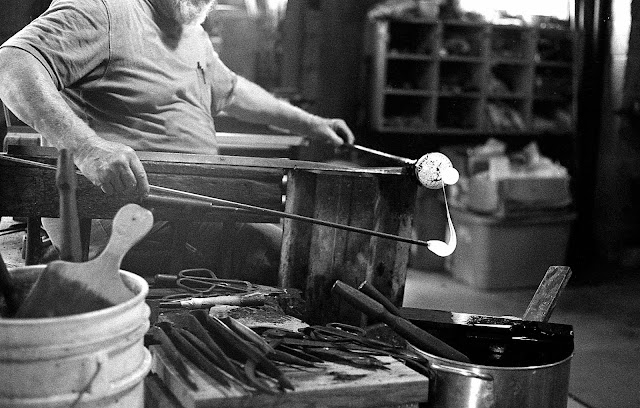 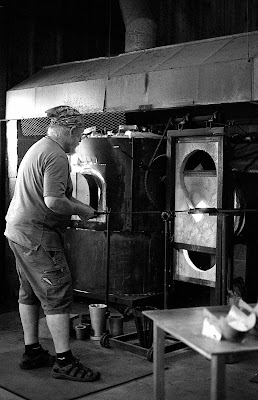 All in all, I was happy with the results. Given the subject matter, I think HP5+ was the perfect way to go in this instance. Not only did I show off the versatility and adaptability of this film, I figured out a new approach to metering in the moment.