I don't normally shoot slide film, but it was in stock at a small camera store in Victoria BC last summer when we were making our way up Vancouver Island. On a whim, I decided to pick up a roll and see how it turned out. 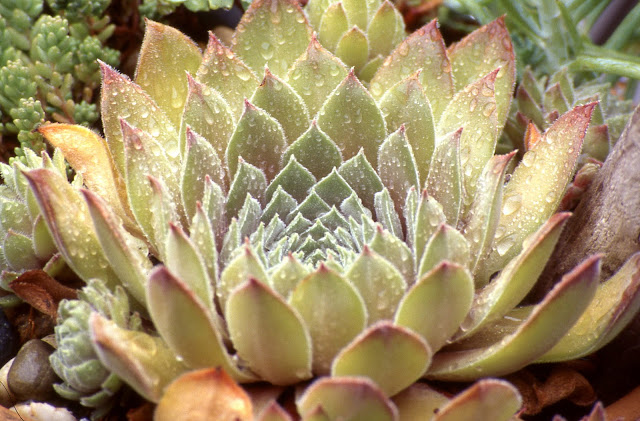 Our days up there were a mixture of bright sun and cloudy skies. The film held up pretty well to both, although I wonder how a circular polarizer might have helped me in some cases. I haven't had especially good results with CPF's and slide film in the past, but that was Velvia and things got oversaturated in that case. Also, whites blow out fairly quickly in direct sunlight, so it's important to keep that in mind when shooting it. Still, the colors were consistently good no matter how good the lighting was. I was especially pleased with the colors I got when we were on the verge of rain.
Shooting slide film for me has been something of a luxury in the past since there is a relatively higher cost associated with its purchase and processing. These greens are absolutely lush, though, so I might break it out again if I ever decide to do a project involving foliage and some macrophotography.