I came to the conclusion that I had a faulty shutter on my Canon A1 this past fall. In doing so, I decided to discontinue the roll of Ilford PanF+ that was inside, winding it and setting it aside for the time being. I came across that roll while looking for an item in my camera bag the other night, and souped it in d-76 1:1 that I had already mixed up. Truth be told, I forgot that I had even shot it until I pulled the negatives out of the final rinse and held them to the light. Sure enough, several of the frames were intermittently dense, telling me that I made the right decision to quit using that camera and send it in for a CLA and possible repair. The good news is that the camera will be ready to go soon, possibly before the new year.

I only had shot about 18 total frames on that roll, and roughly a third of them were obviously unusable even before scanning. A few of them worked quite well, though. It had been awhile since I shot any PanF+, and I had forgotten how much I loved that tiny grain structure when developed in d-76.

These images are from two different locations: Astoria, on the upper left hand corner of Oregon, and McNary Dam on the Columbia River, which is only about 10 miles from my house and a place where I frequently take my camera. 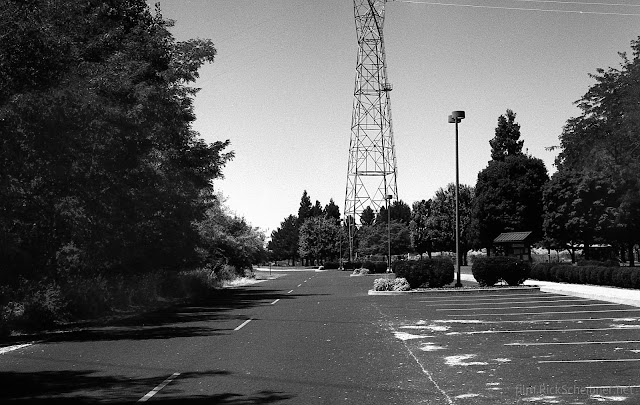