I don't do reviews on here, but it would be a mistake to not chronicle my thoughts and experiences about a certain film emulsion. I tried JCH Street Pan 400 at the behest of Jim Hair several months ago. I didn't get around to shooting any until this last August, and am just now processing it. Glad I did, too. This is good stuff. 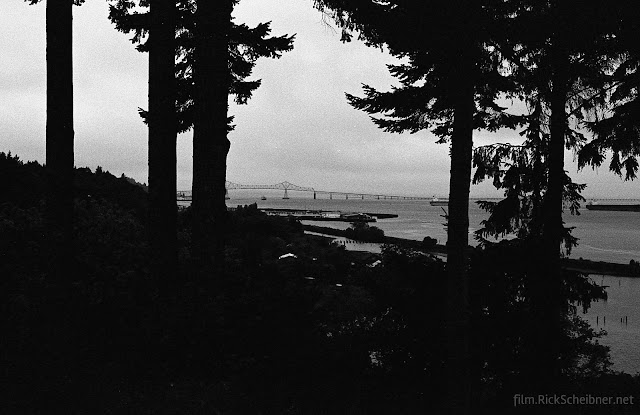 You can google it yourself for more information, but this is a resurrected street surveillance film that was just re-purposed and re-introduced to the market back in 2016. It's contrasty and apparently possesses a good deal of red sensitivity, quite the opposite of the hp5+ I've been shooting.


I wasn't able to get any clouds against a blue sky for this roll, but that will be coming on my next roll (in the tank as we speak). And there will be a next roll. You see, even before processing this first one, I picked up a dozen or so more just because of what I'd been seeing around the interwebs. 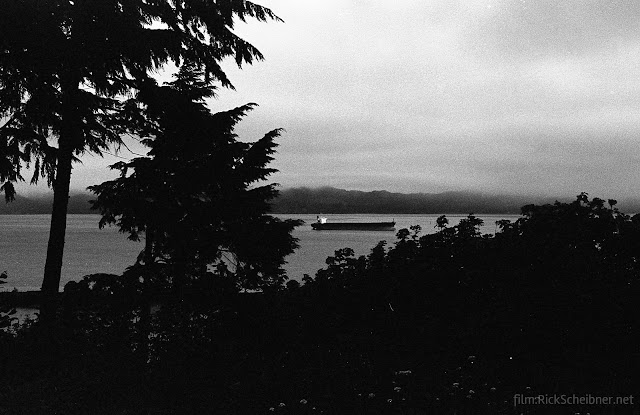 I souped these in d-76 1:1 for the prescribed 10.5 minutes on the box. The negatives came out pretty thin, but a quick conversation with Jim told me that he extends that time to 16 minutes. Surprisingly, though, there was a lot of detail present, even when the negatives were fairly transparent. I think my grain is more pronounced because of the compensation in scanning, but examples I've seen show a fairly soft pattern in that regard. We'll see if the extra time in development gets me closer to a more ideal negative. 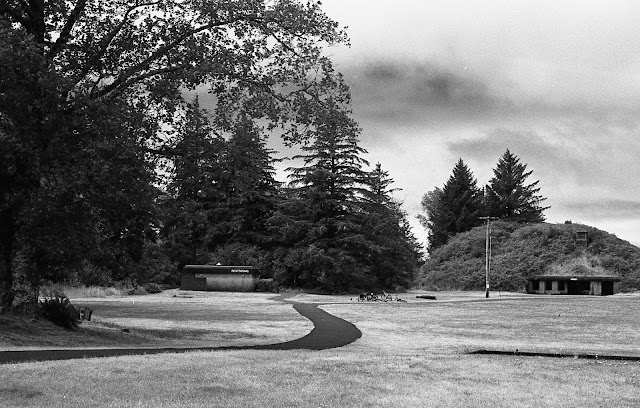 I can see this being a good film to use for the coming winter months, outside with cloudy/flat light conditions. I'm not sure if it's a good indoor film to push or not; it seems too expensive to do much experimentation on. A brick ran me north of $100 USD. Given the reported effort to bring this stuff to market, I can't complain much. It will be a nice mix up to go along with the rest of my arsenal this fall and winter.
at October 16, 2017